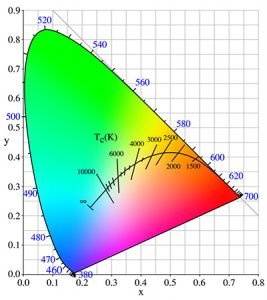 What is Color Correction?

Color correction is the procedure where each individual clip of a video footage is modified to match the color temperature of different shots to a reliable specialized standard of appearance. It’s about offsetting your hues, making the whites really seem white, and the blacks really seem black, and that everything in the middle of it is decent and even.

What is its objective?

The objective is to coordinate the video footage to a standard that would be an exact depiction of how it would look if seen from the human eye. With the human eye, under a warm light or cool light, a white article will look white.

However, this is not the same with cameras, if you don’t set it to the best possible white equalization, the white article can show up either pale blue white, yellowish white or real white.

Why is it important?

That is the reason color correction is so important. It will make your shots consistent and make your video appear as though it was all shot continuously. Color Correction is done by utilizing primary and secondary tools, and additional masks and mattes.

How is it used in real life?

Color Correction is utilized in numerous Hollywood blockbusters, from action motion pictures like The Avengers and Inception to horror films like The Conjuring and Insidious. It can make scenes from a motion picture look as natural and as near to the way, the human eye sees something.

Primary color correction is done over the entire picture, using controls over the intensities of the red, blue, green, gamma, shadows (blacks) and highlights (whites) of the whole picture. Normally, adjusting the force of one color can totally change the look of the picture.

Secondary color correction is similar to chroma keying, where the saturation, luminance, and hue of just the yellows, maroons, cyan, blues, greens and reds are modified; and different colors in these ranges are insignificantly influenced.

Other than the primary and secondary color correction, geometric shapes like mattes or masks can likewise be utilized to separate color conformity to particular regions of a picture. This implies you can highlight and change the color of a specific area, or change the color on everything else with the exception of what was chosen.

Adobe Speedgrade, Davinci Resolve, and Apple’s color are very advanced, very professional, and very effective color correctors. However, there are much more.