25 Awesome luts for the GOPRO Action Cameras series in cube and 3dl formats for footage shot in Protune Flat or standard (Rec 709). Created by Looksandluts.

Speed up your color grading with these luts and give to your video or picture the mood you like the most.

GOPRO VIVIDO LUTS Pack contains two main folders with luts in cube and 3dl formats each one has four subfolders for your color grading.

LUTs are presets that are used as technical or grading tools.

Instant download and easy to use, just import or copy them in your application’s lut folder or use a plugin. Instructions included in the package. 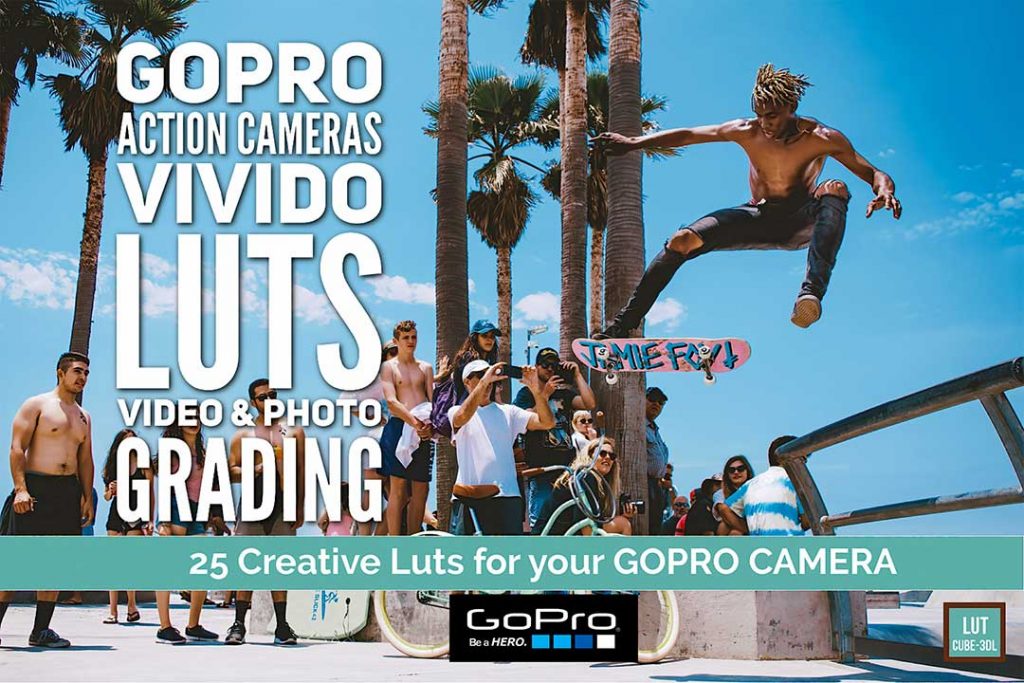